There are many different types of feeder insects in the market today. They all have their benefits and shortcomings. There is not a lot of informational analysis of these different types of bugs but dubiaroachdepot.com was able to get some good macro and micro data information by doing "meta analysis of academic, industry, and other studies on insect nutrition". The results come from pooled, normalized data and their goal was  "to create reliable data from basic research that we could use to make better decisions. We wanted something that would be easy to understand from which “apples-to-apples” comparisons". The different types of feeder insects we will be comparing are crickets, Mealworms, Super worms, Dubia Roaches and finally Wax worms but in their original article they compare many more.

Nutrition is the top concerns for both amateur and professional reptile caretakers. Unfortunately, nutrition deficiencies are common in captive insectivores like reptiles, amphibians, and arachnids.

As you may know, diets chronically deficient in certain nutrients can lead to serious and sometimes irreversible health problems. For example, calcium deficiency can lead to Metabolic Bone Disease in captive insectivores. Hypovitaminosis-A can develop in response to too little vitamin A. And the list goes on. All animals need a reliably nutritionally adequate diet, and this is difficult to provide in captivity. Nutrition is important at all life stages, but it’s especially important for animals that are growing or reproducing.

The Jamaican Field Cricket aka Gryllus assimilis or sometimes simply know as “field cricket”, is the cricket that took over for the Domestic House Cricket (Achetus domesticus) in the United States feeder market after the global feeder cricket pandemic of 2011. It seems these crickets have immunity to the highly contagious cricket virus that wiped out most of the U.S. stock in 2011 You can still buy Domestic House Crickets, but the market is composed of mostly Gryllus assimilis.

The mainstream appeal and availability of crickets is at least in part due to the fact that crickets work logistically for retailers. Compared to other insects one might consider feasible to sell on a large-scale, crickets are a reasonably good option. They have a fair amount of protein on a dry weight basis, but a high water content means a lot less protein on a per-cricket basis.

Regarding other nutrients Fat content is mild. Minerals are good but the Calcium to Phosphorous ratio is poor. The Banded cricket has a lot of phosphorous. Most caretakers dust their crickets with calcium so it may not matter as much as long as the consumer stays on top of dusting, the high phosphorous shouldn’t be an issue. It’s good to be aware of the potential problems and keep an eye out for them.

As crickets are ubiquitous in the pet trade, so is Metabolic Bone Disease. While we don’t imply a causal link, we do note with that crickets have not led to a reduction in that disease.

Running through the remaining issues, Crickets will kill and eat other feeder insects and they can bite you and your animals. Their bite is not painful, but animals are probably not thrilled about being nibbled on (DubiaRoachesdepot 2019). Most caretakers purchase crickets from the local pet-store in containers of up to 100. It is more cost effective to order them online but this presents additional challenges of storing the crickets. Crickets escaping or dying in large numbers due to disease will dissipate your savings quickly. Crickets also need to be keep at 75-95 degree fahrenheit which means you will either need a heat lamp or a heat mat (Merker & Merker, 2014). 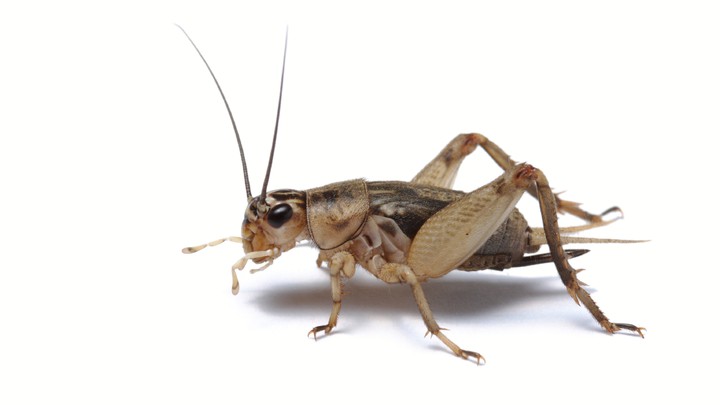 Tenebrio molitor is a very common and relatively inexpensive feeder that’s not just for reptiles, amphibians and arachnids but also for small mammals like rodents and sugar gliders. They’re also a particularly popular food for various wild and domestic birds. Mealworms are available from various online retailers, pet stores, and specialty feed shops where they’re often sold freeze-dried in bulk, by the pound.

With respect to nutrients, mealworms are middle of the pack in almost all the metrics on our feeder nutrition list. Protein, chitin, vitamins…they’re all perfectly average. Mealworms come up short in a couple key nutrients and are high in fat which is why they’re more useful as treats than a dietary staple.

All in all, mealworms are respectable. They’re fairly healthy, except for the few key nutrients they lack but their filled with fat. They’re easy to keep and breed, and animals tend to love them. They make a fantastic occasional treat. (dubiaroach.com 2019).

Besides the fat the only downside of mealworms is their Chitan shell. This shell is slippery and does not grasp calcium powder well.  This tough exoskeleton can be difficult to digest and impactions of the gut from undigested mealworm skins is not uncommon. This can be partly alleviated by only feeding very small mealworms or by feeding white freshly shed mealworms only. The usual recommendation is that mealworms should not comprise of more than 10% of a reptiles diet and its better to feed smaller mealworms (Brown 2015). Zophobas morio, AKA the Superworm or Kingworm, is not the same as the giant mealworm, which is simply a mealworm treated with growth hormones.

Like Mealworms, Super worms are a high fat treat that animals love but are best served in moderation. In nutritional terms, we consider the two to be about the same. Super worms are larger which makes them a bit more convenient for mid-size and larger animals. But they’re higher in fat. They have less chitin than mealworms, but that’s balanced by more phosphorous and less available calcium. The two insects are essentially  even when compared to each other, 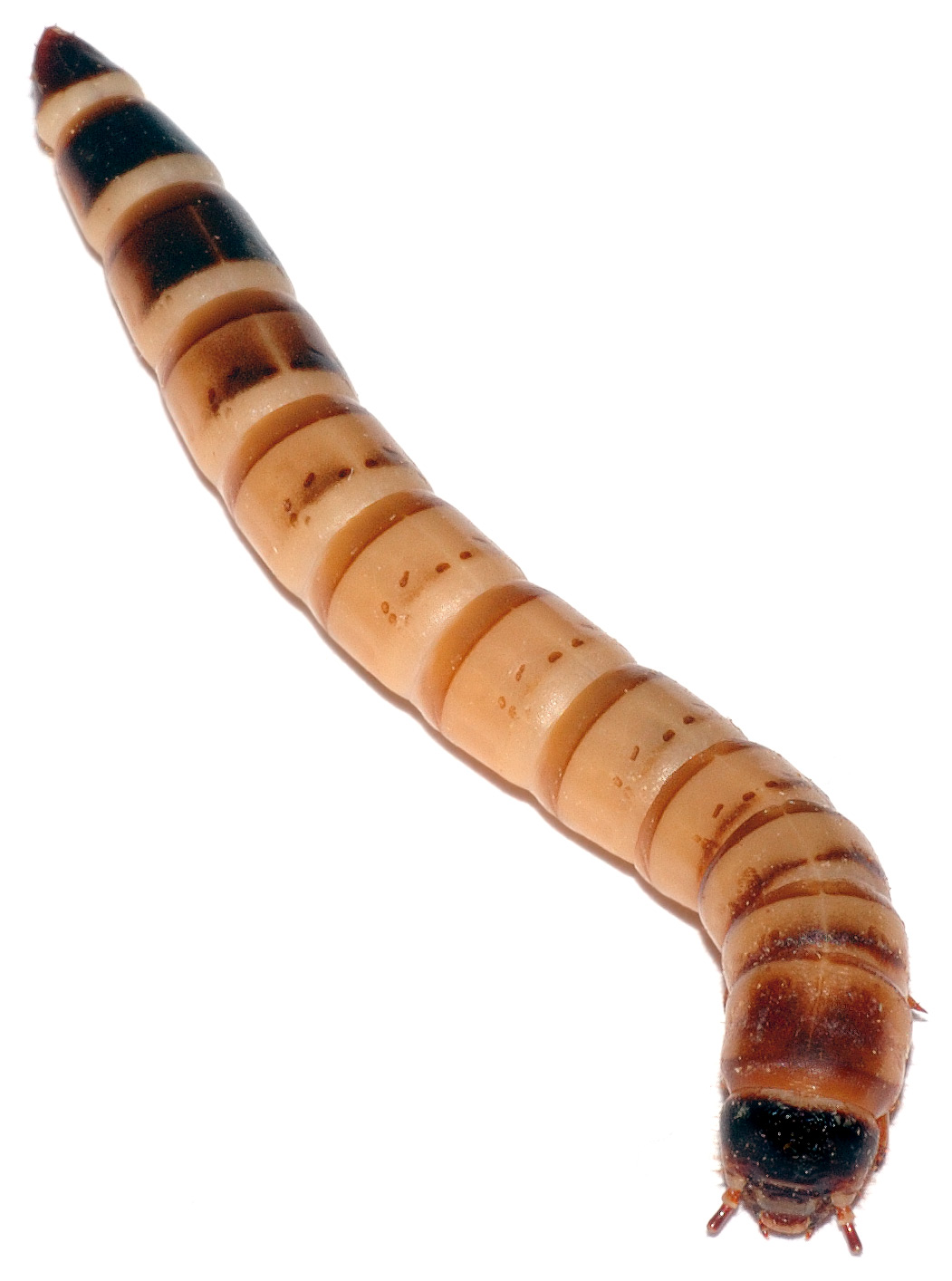 Achroia grisella, and less commonly Galleria mellonella, are the two most common species of Wax worms in the reptile and pet food markets. Stores selling mealworms may also sell Wax worms, but if not they are very easy to find and buy online.

They fall short against almost all the other insects on our list. They have low calcium, a poor Ca:P ratio, low protein, high fat, and low minerals. In our opinion they’re only suitable as an occasional treat or as a small contribution to dietary diversity.

You want to be careful feeding Wax worms to reptiles, not just because of their poor nutrition but because picky eaters can refuse to eat other more healthy insects if you overdo it with Wax worms. If that happens you’re kind of stuck.  Breaking a bad waxworm habit in a stubborn, finicky reptile can be very difficult and time-consuming. 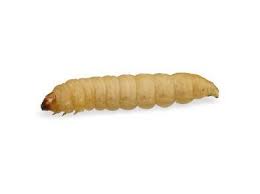 Chilecomadia moorei, better known as the Butterworm, is the larvae of the Chilean Moth. In Chile they are called Trevo Worms because they can be found locally feeding on the leaves of the Trevo bush.

Nutritionally, Butter worms are similar to Wax worms and Mealworms and the like, but they’re lower in protein and, importantly, fat. They also have a fair amount of calcium, which is a big plus in our book. Given these favorable nutritional properties we think Butter worms may have some potential as a secondary feeder insect. Unfortunately though, they are impossible to breed at this time. And they are expensive. They’re also not reliably available.

As you already probably know Black Solider Fly Larvae are very high in calcium. And by very high, we mean very high. According to currently available data, black soldier fly larvae has more than 20 times the calcium of its nearest insect competitor, which happens to be the earthworm. That’s 2000% more calcium than the next feeder! If your animals are low in calcium, this insect will certainly provide a boost, and then some. The black soldier fly also has a favorable calcium:phosphorous ratio, which helps with calcium absorption and utilization.

They also have low chitin content, which makes them a good choice for young animals with sensitive digestive systems.